The gold standard was a commitment by participating countries to fix the prices of their domestic currencies in terms of a specified amount of gold. National money and other forms of money (bank deposits and notes) were freely converted into gold at the fixed price. England adopted a de facto gold standard in 1717 after the master of the mint, Sir Isaac Newton, overvalued the guinea in terms of silver, and formally adopted the gold standard in 1819. The United States, though formally on a bimetallic (gold and silver) standard, switched to gold de facto in 1834 and de jure in 1900 when Congress passed the Gold Standard Act. In 1834, the United States fixed the price of gold at $20.67 per ounce, where it remained until 1933. Other major countries joined the gold standard in the 1870s. The period from 1880 to 1914 is known as the classical gold standard. During that time, the majority of countries adhered (in varying degrees) to gold. It was also a period of unprecedented ECONOMIC GROWTH with relatively FREE TRADE in goods, labor, and capital. 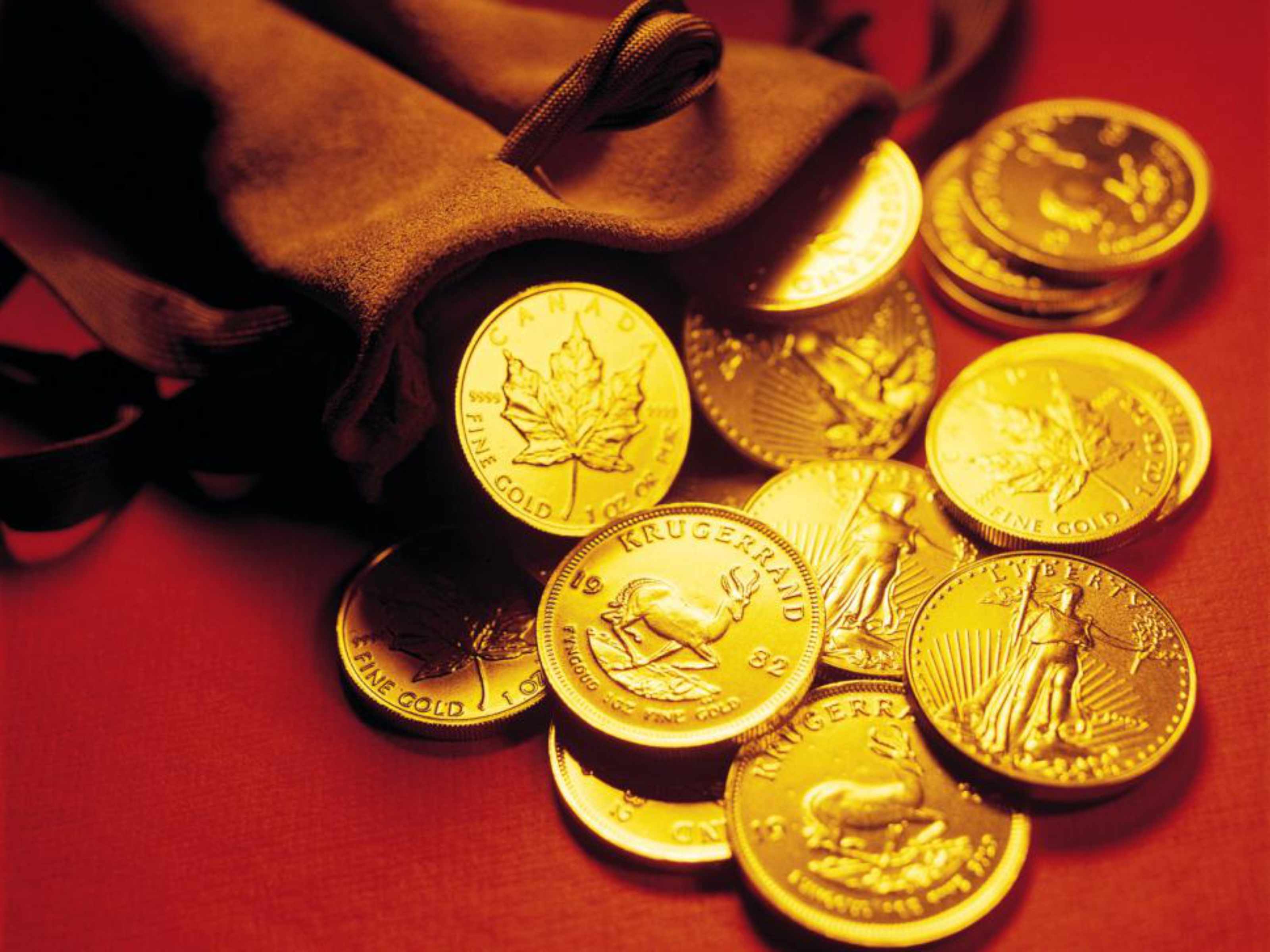 The gold standard broke down during World War I, as major belligerents resorted to inflationary finance, and was briefly reinstated from 1925 to 1931 as the Gold Exchange Standard. Under this standard, countries could hold gold or dollars or pounds as reserves, except for the United States and the United Kingdom, which held reserves only in gold. This version broke down in 1931 following Britain’s departure from gold in the face of massive gold and capital outflows. In 1933, President Franklin D. Roosevelt nationalized gold owned by private citizens and abrogated contracts in which payment was specified in gold. Between 1946 and 1971, countries operated under the Bretton Woods system. Under this further modification of the gold standard, most countries settled their international balances in U.S. dollars, but the U.S. government promised to redeem other central banks’ holdings of dollars for gold at a fixed rate of thirty-five dollars per ounce. Persistent U.S. balance-of-payments deficits steadily reduced U.S. gold reserves, however, reducing confidence in the ability of the United States to redeem its currency in gold. Finally, on August 15, 1971, President Richard M. Nixon announced that the United States would no longer redeem currency for gold. This was the final step in abandoning the gold standard.

Widespread dissatisfaction with high INFLATION in the late 1970s and early 1980s brought renewed interest in the gold standard. Although that interest is not strong today, it seems to strengthen every time inflation moves much above 5 percent. This makes sense: whatever other problems there were with the gold standard, persistent inflation was not one of them. Between 1880 and 1914, the period when the United States was on the “classical gold standard,” inflation averaged only 0.1 percent per year.

How the Gold Standard Worked

The gold standard was a domestic standard regulating the quantity and growth rate of a country’s MONEY SUPPLY. Because new production of gold would add only a small fraction to the accumulated stock, and because the authorities guaranteed free convertibility of gold into non gold money, the gold standard ensured that the money supply, and hence the price level, would not vary much. But periodic surges in the world’s gold stock, such as the gold discoveries in Australia and California around 1850, caused price levels to be very unstable in the short run.

The gold standard was also an international standard determining the value of a country’s currency in terms of other countries’ currencies. Because adherents to the standard maintained a fixed price for gold, rates of exchange between currencies tied to gold were necessarily fixed. For example, the United States fixed the price of gold at $20.67 per ounce, and Britain fixed the price at £3 17s. 10½ per ounce. Therefore, the exchange rate between dollars and pounds—the “par exchange rate”—necessarily equalled $4.867 per pound.

Because exchange rates were fixed, the gold standard caused price levels around the world to move together. This movement occurred mainly through an automatic balance-of-payments adjustment process called the price-specie-flow mechanism. Here is how the mechanism worked. Suppose that a technological INNOVATION brought about faster real economic growth in the United States. Because the supply of money (gold) essentially was fixed in the short run, U.S. prices fell. Prices of U.S. exports then fell relative to the prices of imports. This caused the British to DEMAND more U.S. exports and Americans to demand fewer imports. A U.S. balance-of-payments surplus was created, causing gold (specie) to flow from the United Kingdom to the United States. The gold inflow increased the U.S. money supply, reversing the initial fall in prices. In the United Kingdom, the gold outflow reduced the money supply and, hence, lowered the price level. The net result was balanced prices among countries.

The fixed exchange rate also caused both monetary and nonmonetary (real) shocks to be transmitted via flows of gold and capital between countries. Therefore, a shock in one country affected the domestic money supply, expenditure, price level, and real income in another country.

The California gold discovery in 1848 is an example of a monetary shock. The newly produced gold increased the U.S. money supply, which then raised domestic expenditures, nominal income, and, ultimately, the price level. The rise in the domestic price level made U.S. exports more expensive, causing a deficit in the U.S. BALANCE OF PAYMENTS. For America’s trading partners, the same forces necessarily produced a balance-of-trade surplus. The U.S. trade deficit was financed by a gold (specie) outflow to its trading partners, reducing the monetary gold stock in the United States. In the trading partners, the money supply increased, raising domestic expenditures, nominal incomes, and, ultimately, the price level. Depending on the relative share of the U.S. monetary gold stock in the world total, world prices and income rose. Although the initial effect of the gold discovery was to increase real output (because wages and prices did not immediately increase), eventually the full effect was on the price level alone.

For the gold standard to work fully, central banks, where they existed, were supposed to play by the “rules of the game.” In other words, they were supposed to raise their discount rates—the interest rate at which the central bank lends money to member banks—to speed a gold inflow, and to lower their discount rates to facilitate a gold outflow. Thus, if a country was running a balance-of-payments deficit, the rules of the game required it to allow a gold outflow until the ratio of its price level to that of its principal trading partners was restored to the par exchange rate.

The exemplar of central bank behaviour was the Bank of England, which played by the rules over much of the period between 1870 and 1914. Whenever Great Britain faced a balance-of-payments deficit and the Bank of England saw its gold reserves declining, it raised its “bank rate” (discount rate). By causing other INTEREST RATES in the United Kingdom to rise as well, the rise in the bank rate was supposed to cause the holdings of inventories and other INVESTMENT expenditures to decrease. These reductions would then cause a reduction in overall domestic spending and a fall in the price level. At the same time, the rise in the bank rate would stem any short-term capital outflow and attract short-term funds from abroad.

Most other countries on the gold standard—notably France and Belgium—did not follow the rules of the game. They never allowed interest rates to rise enough to decrease the domestic price level. Also, many countries frequently broke the rules by “sterilization”—shielding the domestic money supply from external disequilibrium by buying or selling domestic securities. If, for example, France’s central bank wished to prevent an inflow of gold from increasing the nation’s money supply, it would sell securities for gold, thus reducing the amount of gold circulating.

Yet the central bankers’ breaches of the rules must be put into perspective. Although exchange rates in principal countries frequently deviated from par, governments rarely debased their currencies or otherwise manipulated the gold standard to support domestic economic activity. Suspension of convertibility in England (1797-1821, 1914-1925) and the United States (1862-1879) did occur in wartime emergencies. But, as promised, convertibility at the original parity was resumed after the emergency passed. These resumptions fortified the credibility of the gold standard rule.

Performance of the Gold Standard

As mentioned, the great virtue of the gold standard was that it assured long-term price stability. Compare the aforementioned average annual inflation rate of 0.1 percent between 1880 and 1914 with the average of 4.1 percent between 1946 and 2003. (The reason for excluding the period from 1914 to 1946 is that it was neither a period of the classical gold standard nor a period during which governments understood how to manage MONETARY POLICY.)

Finally, any consideration of the pros and cons of the gold standard must include a large negative: the resource cost of producing gold. MILTON FRIEDMAN estimated the cost of maintaining a full gold coin standard for the United States in 1960 to be more than 2.5 percent of GNP. In 2005, this cost would have been about $300 billion.

Although the last vestiges of the gold standard disappeared in 1971, its appeal is still strong. Those who oppose giving discretionary powers to the central bank are attracted by the simplicity of its basic rule. Others view it as an effective anchor for the world price level. Still others look back longingly to the fixity of exchange rates. Despite its appeal, however, many of the conditions that made the gold standard so successful vanished in 1914. In particular, the importance that governments attach to full employment means that they are unlikely to make maintaining the gold standard link and its corollary, long-run price stability, the primary goal of economic policy.

Michael D. Bordo is a professor of economics at Rutgers University. From 1981 to 1982, he directed the research staff of the executive director of the U.S. Congressional Gold Commission.

Bordo, Michael D., and A. J. Schwartz, eds. A Retrospective on the Classical Gold Standard, 1821-1931. Chicago: University of Chicago Press, 1984. Especially “The Gold Standard and the Bank of England in the Crisis of 1847,” by R. Dornbusch and J. Frenkel.